Jasss is the name of a Berlin-based Spanish musician Silvia Jiménez Álvarez. Her first full-length album, Weightless (2017) was recorded when she was slowly recovering from an emotional and physical burnout, smittened by a panic attack into her own darkness. For Jasss, this time was marked by a fundamental transformation, deep self-analysis, and a realization that there was nothing left to prove.

In Weightless, where poetry is fused with industrial dub and jazz, Silvia applied a metaphor of the physical lightness and her departure from the heavyweight of unmet expectations, hidden fears, and pain. Jasss reveals the process of her beautiful and aching metamorphosis.

Mariana Berezovska: After releasing Weightless in 2017, you opened up about the period of deep self-interrogation, facing your fears and anxieties while making this album. It sounds like you were struggling with your inner demons at the time? It also seems like you aimed for an honest and direct relationship with yourself, and didn’t see yourself as a victim of circumstances.

Jasss: I find self-pity a waste of time in general. I don’t think I’m a victim more than anyone else. Music can be really helpful for me to process negative experiences, and it’s a huge source of energy. Especially when I was younger, I would make music for hours and record everything. When I’d come back to these recordings, I’d be surprised how much it could tell me about myself. It’s really scary, but it just proves that everything you know about yourself is just a tiny portion, because your memory and your ability to acknowledge don’t go further and because you are only educated to be in touch with more mystical parts of yourself. So of course when you have a chance to dedicate your time to being an artist, a part of the work is to dig in yourself. Existing is really weird, you don’t need a drug anymore because it’s a trip. Just existing in this world is like the video game itself.

i used to be a tyrant to myself, not allowing myself to feel pain

MB: What kind of dark things have you discovered about yourself by going back to those old recordings?

J: It’s really strange, it sometimes happens when I go to see my family in Spain. The situation there is extremely different from my life right now. I have a small family, and we are all living really physically close together. My grandmother has Alzheimer’s, and my grandfather is in his 90s. Every time I would go there it’d be really intense — the word just slaps you in the face so hard that you’re not able to verbalize or process properly what’s going. All the fears of people who are older than you — the big fears, like death and sickness and pain and loss of others — the big fears appear, and you feel completely overwhelmed. Then you make music, and you vomit all of that. After some months I would listen to the music I made back then and know exactly what that was.

MB: So making Weightless was like a summary of a life period for you and the process of moving onto the next level in a relationship with yourself. You also mentioned that you waited for a long time before releasing a full-length album to make sure that you can really say something with it. What was this period all about?

J: It was a period of transformation, and I was feeling super stressed and anxious. We all have these moments in life of becoming something else. In fact, we are continually becoming something else, but there are critical points in this process where you can see that something fundamental is changing. During the time of making Weightless, that was happening to me. My scale of priorities changed, and I really struggled to manage my anxiety. I was really frustrated because of so many reasons, but at some point, I realized that I didn’t have to be that frustrated. A considerable part of this decision was entirely generated by my own attitude towards things in life and towards other humans. The way you carry yourself in the world has a direct impact on other people. Even the way you perceive yourself and the way you treat yourself. I used to be such a tyrant to myself, not allowing myself to feel pain. I was trying to be a superhero and would get incredibly frustrated very quickly because everything was not perfect all the time. I had super high expectations of myself. On the one hand, it’s good because you evolve quickly, but on the other hand, it’s highly mentally unstable. It comes from a place that is really selfish although you don’t do it on purpose. 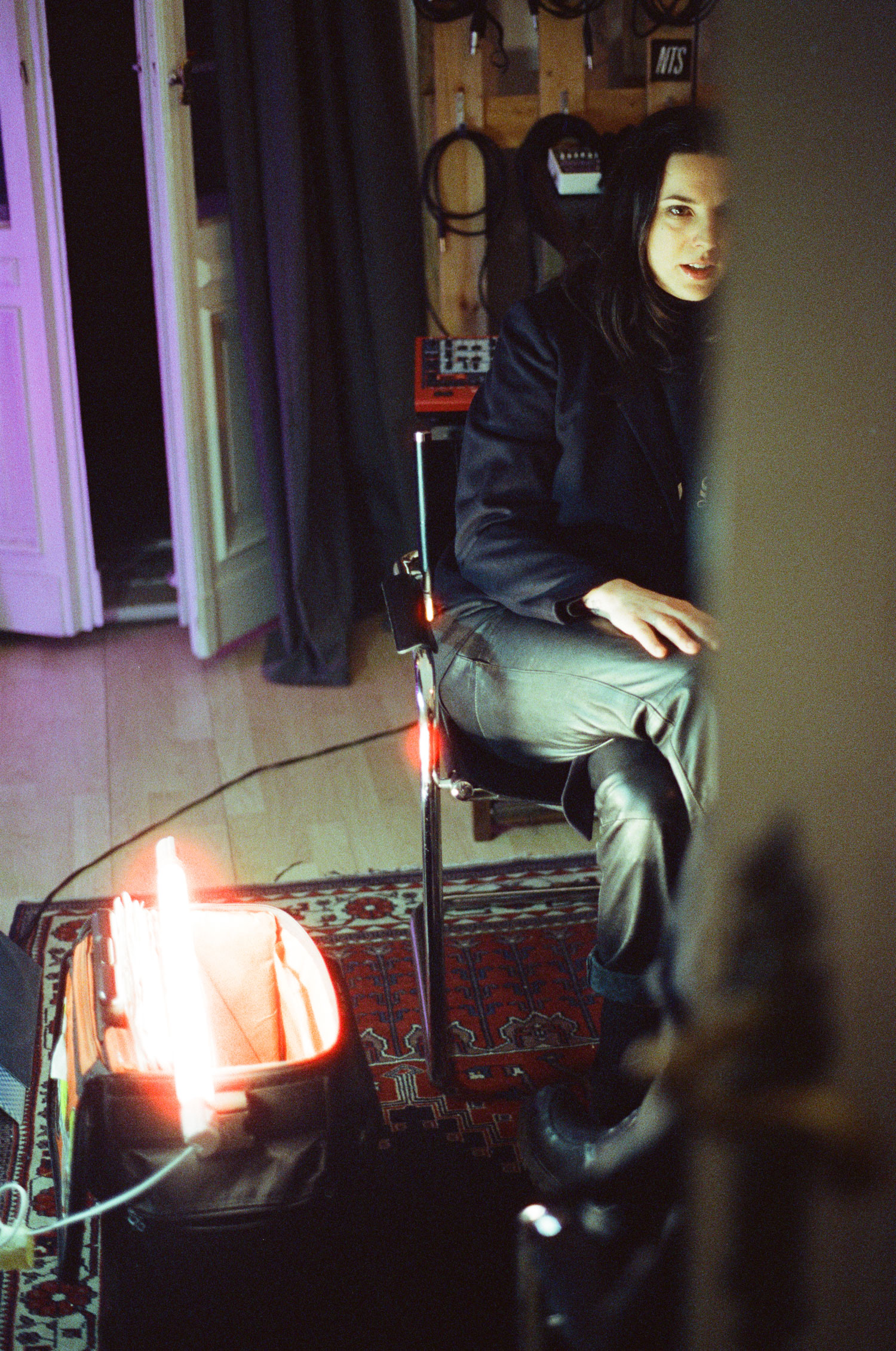 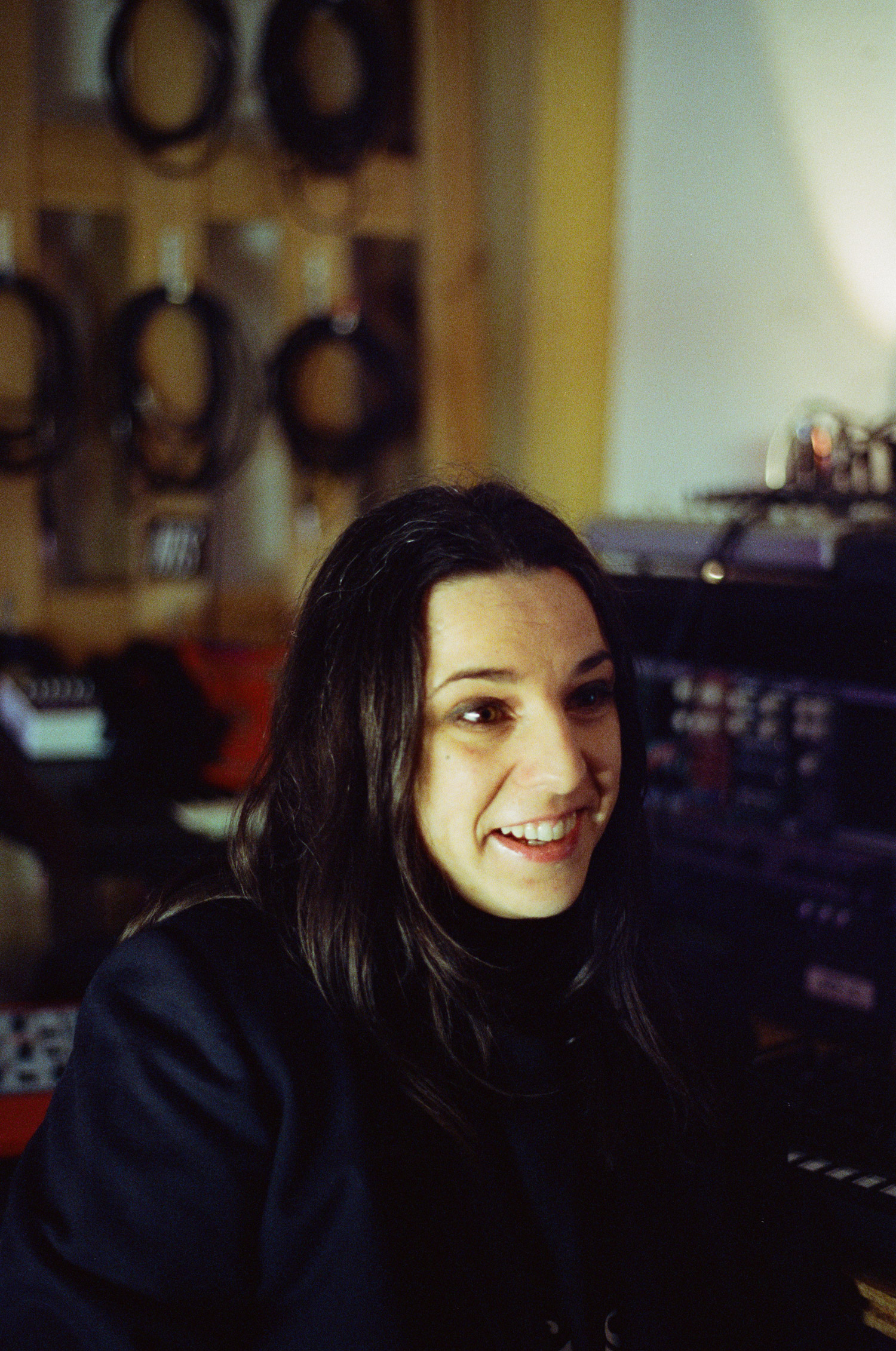 M: Is it something you started to realize about yourself when you were making Weightless?

J: Before Weightless, when I was working on the song Mother for the Mannequin record, I had a panic attack for the first time in my life, and I ended up in the hospital. When I got there I had cramps, I couldn’t speak or understand what they were telling me, I could only say a few words in Spanish, and I was sure I was going to die. They gave me Valium and put me to sleep because I wouldn’t let them do anything. I was always struggling with anxiety a little bit before, but this was like I went to the same place as when I had a bad trip on mushrooms, and it opened the door to a really a dark place. You can’t put words to it, it was really overwhelming, almost like the real existence was there, beyond life and death. When I woke up in the hospital and got this paper saying ‘you had a panic attack.’ I thought they were kidding me. That was not a panic attack, that was an entirely physical heavy shit. I’ve never been in a darker place in my entire life. And in the end I was told that it was probably due to a lack of magnesium.

When I talked to my parents about this, they didn’t believe me, because they didn’t know what a panic attack was. They thought it was bullshit you see in movies when someone is breathing in a paper bag, and it’s for extremely weak people. This was when I understood that culturally I come from a place where this is not accepted. You have to be this stoic person. If you’re a woman, you’re allowed a bit more to have your weaknesses, but not really. You always have to be fine. And I definitely wasn’t. I couldn’t do anything for two months — it was a complete breakdown. I was home in Berlin, really unable to function. I was in a trippy state of mind, it was like a video game. It made me uneasy. It felt like a lack of vision, I was dizzy all the time. And when a lot of things changed, I started working on Weightless.

everything that you thought was wrong will appear in your head

if you’re a woman, you’re allowed a bit more to have your weaknesses, but not really

Now I can manage a panic attack much better because I’m not afraid of it. I know what it is when it’s happening. It’s really a condition, it’s very physical. It takes over your mind, and everything that you thought was wrong will appear in your head at once. Everything. You won’t be able to analyze or to come to a conclusion, you just need to calm down.

At the same time, this experience entirely changes you as a person. It reveals a whole other side that you were not paying attention to and the way you treated other people. I have come to realize that when you saw flaws or weakness in other people, especially partnerships or close friendships, you were not giving it the worth that it actually had, or you didn’t have the empathy, because you didn’t believe in it.

M: Do you think clubbing can be a liberating and curing experience?

J: I have mixed feelings on this topic because you really have to know how to do it. I’m not a party person anymore — I was when I was much younger in Spain. In Berlin a little too in the first couple of years but never like the club kids. I don’t know how healthy that is, because it’s pretty heavy. But I know how heavy drug abuse feels. I don’t know what would have happened to me if I had experienced my party years in Berlin. It would probably be terrible for me and my mental health.

I love my club experience as a DJ. I definitely think that it also has this fantasy of an ego elevation, like a superstar DJ kind of bullshit, but it feels good. The act of playing records — I couldn’t find it more soothing, and I can go hours. I’m a bit ADHD [Attention deficit hyperactivity disorder] but when I am in the mix I don’t have any problems, I’m entirely in it.

read the full interview with jasss in borshch 4

Embark on a journey of endless transformations with Elvin Brandhi